The temple complex referred to as Kamakhya Devi Mandir or Kamakhya Devi temple is located around the Nilacala (“the blue hill”), nearby the City Guwahati, the capital of Assam. The complex is formed by about twenty temples, the largest and most visited one being the temple of Goddess Kamakhya Devi. The hill is inhabited by the people that serve in the temples; they reside in a village nearby. The complete portion of the hill is known as Kamakhya or Kamakhya Devi The temple is of great antiquity and, as outlined by various sanskrit texts, enshrines the yoni (vagina) of Goddess Sati, fallen on the hill following the splitting of the Goddess’ dead body. The sanctum is actually a cave, situated underneath the soil; it enshrines an aniconic simulacra: an all-natural rock furrowed by a long slit from where water flows naturally. It represents the yoni of the Goddess. Pilgrims from all over South Asia pay their visit to the temple day in and day out. 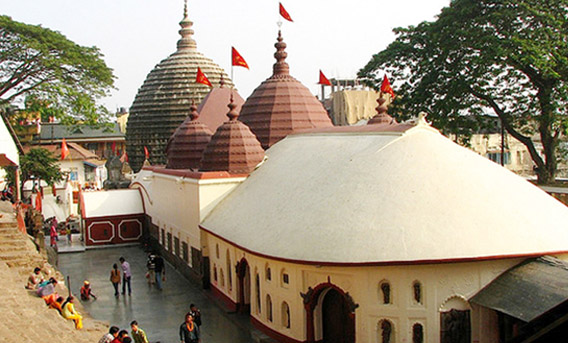 Kaziranga National Park
Located on the banks of the mighty Brahmaputra in Assam, Kaziranga National Park is the habitat of One-Horned Rhino which is 70% of the world population. It is a world heritage site now. Wildlife buffs across the world visit this park to explore its rich wildlife. The main wild habitats of the park are Indian Elephants, Indian Bison, Swamp Deer or Barasingha, Hog Deer, Sloth Bears, Tigers, Leopard Cats, Jungle Cats, Otters, Hog Badgers, Capped Langurs, Hoolock Gibbons, Wild Boar, Jackal, Wild Buffalo, Pythons, Monitor Lizards, etc. It is also a paradise for the bird lovers. The best time to visit Kaziranga National Park is in between the months of November to April. Kaziranga wildlife tour is incomparable to any wildlife visit in India.

Tawang Hill Station
Perched on the lofty Himalayan range Tawang is located at an altitude of 3,500 meters above sea level in Arunachal state. It is the land of Monpas; this hill station is visited for its 400 year old Tawang Monastery, the centre of Buddhist learning. The natural beauties of the snow-caped mountains, lakes, remote hamlets, quaint and sleepy villages make Tawang an international tourist destination also known as The Hidden Paradise or Land of Dawn. It is a heady mix of legend, history and religion. The inhabitants Monpas lead a simple life in the houses made of timbers and stones. Agriculture and Animal Husbandry are the fundamental means of the Monpas occupation.

Jonbeel Mela
Jon Beel Mela, a festival of the Tiwa community celebrated in the winter months at Jonbeel of Jagiroad located at a distance of 15 kilometers from the Dichang Resort. Tribal groups come with the commodities for exchange and this also includes various rights and rituals. Tribes like the Tiwas, Karbis, Khasis, Jaintias from the Meghalaya hills come down with their various products for this mela. Community fishing is a part of this festival when all people go for fishing singing and performing rites and rituals. Before the Mela, they perform agni puja worshipping their traditional Gods. Govaraja or the king of Tiwa tribe visit this mela with his courtiers and collect taxes. 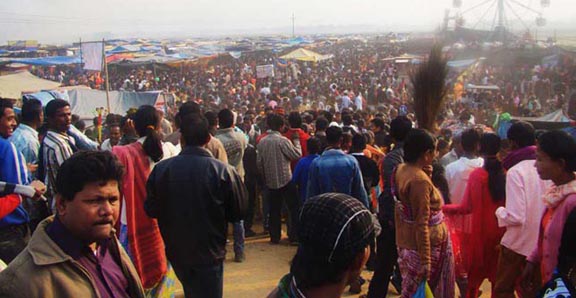